Here's How Stanford Health Care Is Pushing for Leadership Diversity

Brought to you by WBR Insights 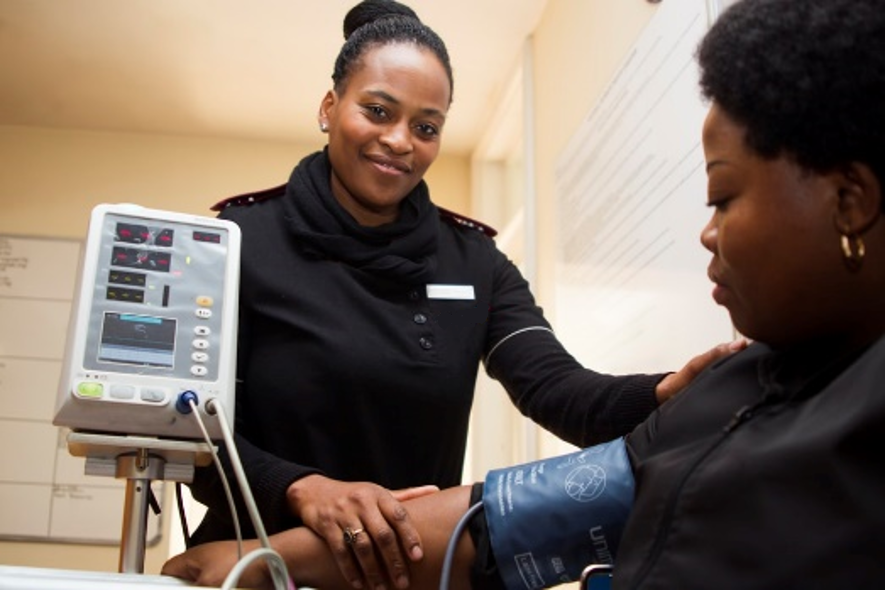 The role of women in our society has been a hot topic for some time now. While in many ways we have achieved a far fairer and more equal society than at any other point in our history, there are still many ways in which we fall short.

One of the areas that still needs to be improved upon is the number of women holding leadership roles in the healthcare industry. While 63% of CEOs, CHROs, and other C-suite healthcare executives state that there is more opportunity for advancement for women to senior positions than five years ago, 55% believe that women in their organizations have been passed over for a promotion based solely on their gender. Women hold 80% of healthcare roles, yet fewer than 20% of leadership positions.

Most agree that greater gender parity would have a positive effect on the healthcare industry and that more needs to be done to help women achieve this.

One healthcare provider that is taking this call seriously is Stanford Health Care — part of the Stanford University Medical Center. At the head of this drive is the Senior Associate Dean for Global Health at the Stanford School of Medicine, Michele Barry, MD.

Attending a conference on medical education in Nairobi in the summer of 2016, Barry was concerned with the diversity on display among the panelists.

"What is wrong with this picture?" asked Barry. "If you want to be the most progressive continent, look at who's on your podium. You don't have a single woman. It behooves you to think about that. There is no shortage of smart, educated and talented women working in global health. These women bring a different perspective than men, and their perspective is critical if we are going to improve health outcomes around the world."

Following the Nairobi event, Barry went to work to arrange the first women's leadership conference in partnership with Director of the US National Institutes of Health, Francis Collins, MD. She wanted a way to bring together the best and brightest figures working to improve gender diversity and invite them to share best practices, identify ways to collaborate, and to provide inspiration to each other and the next generation of medical professionals.

"Women from ten American universities and several foundations funded scholarships so women from low- and middle-income countries could attend," reports Stanford in a blog post. "A group of women lawyers helped women from majority Muslim countries acquire visas so they could also make the trip, despite the travel ban President Donald Trump instituted earlier that year. Representatives from international organizations such as the World Health Organization, Women in Global Health, and the United Nations Foundation helped structure the conference agenda."

Women with experience in leadership roles delivered exciting and positive messages about how women can be agents of change and work towards creating a fairer and more equal healthcare industry. That's not to say men are let off the hook — many of the speeches detailed how they can become allies to women and help change the culture from the inside.

The concept of mentorship was a key topic at the conference as well, and it's believed that it is something which is sorely lacking in the modern healthcare environment and has the potential to inspire women to reach higher.

"I had the most wonderful mentor," said Former Minister of Health in Peru, Patty Garcia, MD, remembering her early training in the United States with King Holmes, MD, PhD, former Director of the Department of Global Health at the University of Washington. "I learned so many things from him that I would never have thought about otherwise. Unfortunately, in countries like mine, and most low- and middle-income countries, we don't have that experience of mentorship."

Following the conference, many attendees were eager to push the concept forwards and began thinking about where the next one would be held. Barry and Stanford have achieved much by taking on the quest for greater representation and running with it. Many would have simply rolled their eyes and kept quiet when they witnessed something like what Barry did at the Nairobi conference, but instead she chose to stand up and do something about it.

Download the agenda today for more information and insights.

WBR Insights is the custom research division of Worldwide Business Research (WBR). Our mission is to help inform and educate key stakeholders with research-based whitepapers, webinars, digital summits, and other thought-leadership assets while achieving our clients' strategic goals.

*Processing your payment may take a moment. Please click submit payment only once, and do not refresh this page. Doing so may result in your credit card being charged more than once.

We use cookies and similar technologies to recognize your visits and preferences, as well as to measure the effectiveness of campaigns and analyze traffic.
To learn more about cookies, including how to disable them, view our Cookie Policy